The Arequipa region has been populated since before Inca times. Nomadic groups and peoples such as the Collaguas, the Chimbas and the Yarabayas inhabited this area. Starting in 1170, the Incas settled in these lands and exercised their rule. In 1540 the Spaniards managed to settle to found the city, with Juan de la Torre and Díaz Chacón and Garcí Manuel de Carbajal as the main leaders and under Francisco Pizarro.

This vast history is one of the main tourist attractions of Arequipa. The old part of the city, for example, has been part of the Cultural Heritage of Humanity since 2000. Its most representative buildings are distributed in the districts of Arequipa and Yanahuara.

The Plaza de Armas or Plaza Mayor is the heart of the historic center. In its surroundings are the Cathedral (which began to rise in 1540, although it had to be rebuilt several times), the Church of the Company (built between 1590 and 1698) and the Municipal Palace, among other buildings.

The Monastery of Santa Catalina de Siena is another place much visited by travelers. It is usually referred to as a small citadel, since it occupies an area of ​​about 20,000 square meters. Santo Domingo, San Agustín, Santa Rosa and Santa Teresa are other convents and churches that can be seen in Arequipa.

It is important to note that the city exhibits several historical bridges that cross the Chili River, such as the Bolognesi (completed in 1608), the Grau (which was inaugurated in 1898) and the Bolívar or Puente de Fierro (designed by Gustav Eiffel).

Arequipa's culture is an interesting combination of indigenous roots and Spanish influence. Its crafts, which can be found in various markets and street stalls in the city, are recognized for their high quality. Arequipa's artisanal elaboration includes products made with llama leather, just as it was done since pre-Hispanic times. Wallets, bags and belts are very popular.

The alpaca fabrics and rugs, typical of the Andean areas, are also made by the artisans of Arequipa. Its products stand out for their beautiful color combinations. Many visitors may be interested in knowing the work of the carvers, dedicated to creating different types of furniture and the restoration of altarpieces, altars and other components of the churches.

A good place to buy typical artisan products is the Fundo del Fierro site, with several shops and stalls. On the Santa Catalina street, on the other hand, you can find antique shops. Among the many colonial buildings in the city, the Casa del Moral stands out, a beautiful 18th century mansion with colonial patios where it is possible to appreciate various works of art.

Some of the best places you can visit in Arequipa 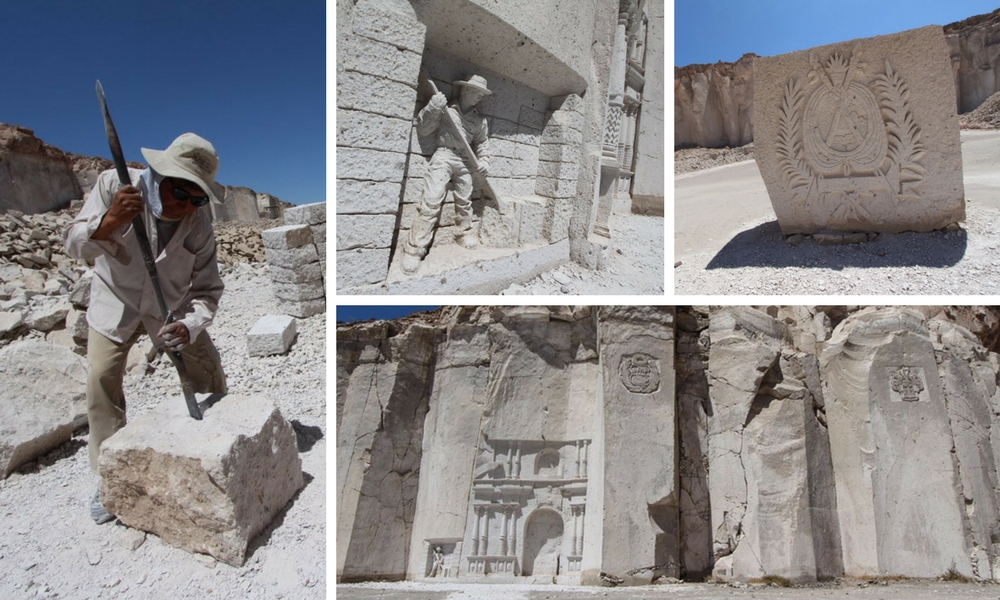