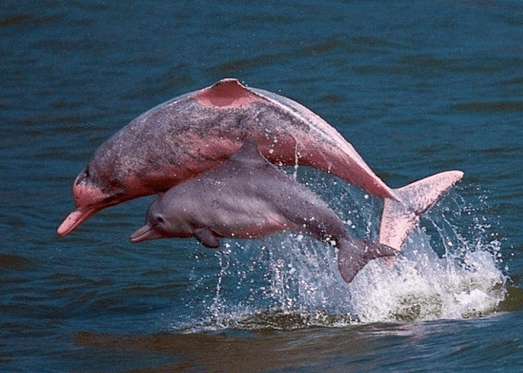 Spend 3 days in the depths of the Amazon and watch pink dolphins in their natural habitat on a tour from Iquitos airport.
More Information 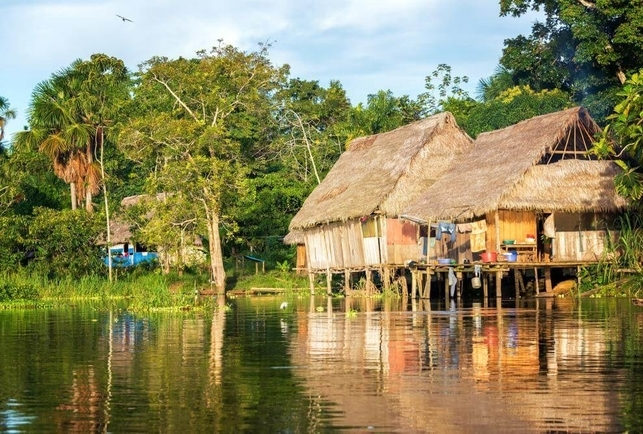 Spend four days deep into the Amazon in a Lodge with all the comforts of home.
More Information

Iquitos is a Peruvian port city and a gateway to lodgings in the jungle and villages of the northern Amazon. The Belén district is known for its huge open-air street market and rustic stilt houses on stilts that line the Itaya River. In the historic center, is the Plaza de Armas, surrounded by buildings with European influence dating from the boom that the region had in the turn to the 20th century with the production of rubber.

How are the people of Iquitos known?

The official name of Iquitos is Iquiteño. Although, the inhabitants born in Iquitos, and even the Iquiteños by adoption, are known as 'charapas'.

What are the customs of the city of Iquitos?

The main customs and traditions of Loreto are the feast of San Juan, the Iquitos Tourist Week, the celebration of Corpus Christi, the Iquitos Carnival and the day of the founding of Iquitos.

The Iquitos Tourist Week
On the occasion of the Iquitos Tourist Week, dances, parades of typical ensembles, photographic contests and craft fairs are organized. Families usually take country walks to the various places around the city, where they taste the typical dish "juane" and chicha de jora as the main drink.

The celebration of Corpus Christi
This is another very important religious festival for the population of the department of Loreto. Corpus Christi is celebrated in May with a series of liturgical ceremonies, accompanied by grape harvests and typical meals. Traditionally, people congregate in the main square of the town or the city of the department.

The Amazon Carnival of Iquitos
From February 7 to 10, one of the most spirited and well-known carnivals in Peru takes place. The Amazonian Carnival, which takes place in Iquitos, and in which a number of native communities participate. Thousands of Peruvians come to the largest and most populated city in the Peruvian Amazon during those days. All the neighborhoods of the city have been organizing and preparing the party for a few months. In most of them humishas are installed, some huasaí palm trees adorned with gifts, balloons and other elements, and around which people dance until dawn. The tradition consists of trying to knock down the palm tree. Whoever succeeds will take care of organizing and installing the humisha the following year. There are contests for the Best Humisha in Iquitos or the Most Decorated Street in the city. A good number of troupes of the Shawi, Cocama, Maijuna, Yagua and Candoshi ethnic groups will parade and dance their traditional dances through the streets of the city. One of the first events to take place is the traditional dance and painted body contest. The groups perform popular dances, while others perform in the modality of painted bodies. There is also no shortage of traditional markets with products made manually by indigenous communities, the election of Miss Omagua as Queen of Carnival, as well as gastronomic competitions to taste the best of local cuisine. Jungle cumbias and popular music do not stop playing throughout the party. A carnival east of Iquitos, ideal to learn about the idiosyncrasies of the Amazonian people and the indigenous communities that live in it. An opportunity to party and party in the heart of the Amazon jungle.

Anniversary of the Foundation of Iquitos as a river port on the Amazon River
On January 5, the city of Iquitos celebrates the arrival of the Peruvian navy ships, sent in 1864 by President Ramón Castilla, to install the Naval Factory: this fact marked the founding of the city as a fluvial port on the Amazon River. . During the festival, you can dance to the rhythm of typical dances such as the Pandilla, the Chimaichi and the Izana dance, strongly influenced by the native Boras and Yaguas; taste the exotic food where the Paiche, the Chonta and the Juanes reign; Not to mention its liqueurs, many say they are aphrodisiacs, such as the Pusanga, the Chamico or the Siete Raíces. There are many reasons to celebrate ... and to return to Iquitos.

* Visit the native community of the Boras, ancient inhabitants of the Peruvian jungle.
* Visit the Allpahuayo-Mishana National Reserve.
* Interact with river manatees at the Amazon Rescue Center.